Today, Charter announced its intent to expand its Broadband Technician Apprenticeship Program for military veterans, alongside Missouri Gov. Eric Greitens, a veteran and former U.S. Navy SEAL. The announcement was made by Charter President and Chief Operating Officer John Bickham, and Executive Vice President, Human Resources Paul Marchand in St. Ann, Missouri at one of our newest technical training facilities.

The Broadband Technician Apprenticeship Program, currently in five states, will expand to the company's entire 41-state service area over time. The initiative is available to new employees and will provide classroom, online, and on-the-job training associated with the company’s Technician Career Progression Plan.

"As a veteran and former Navy SEAL, I’m inspired to see this tremendous effort by Charter to supply our military men and women with a path for post-military career growth, quality training and excellent benefits, while tapping into a valuable GI resource to help create a stronger workforce here in Missouri,” Gov. Greitens said. He was joined by Congresswoman Ann Wagner at the announcement. 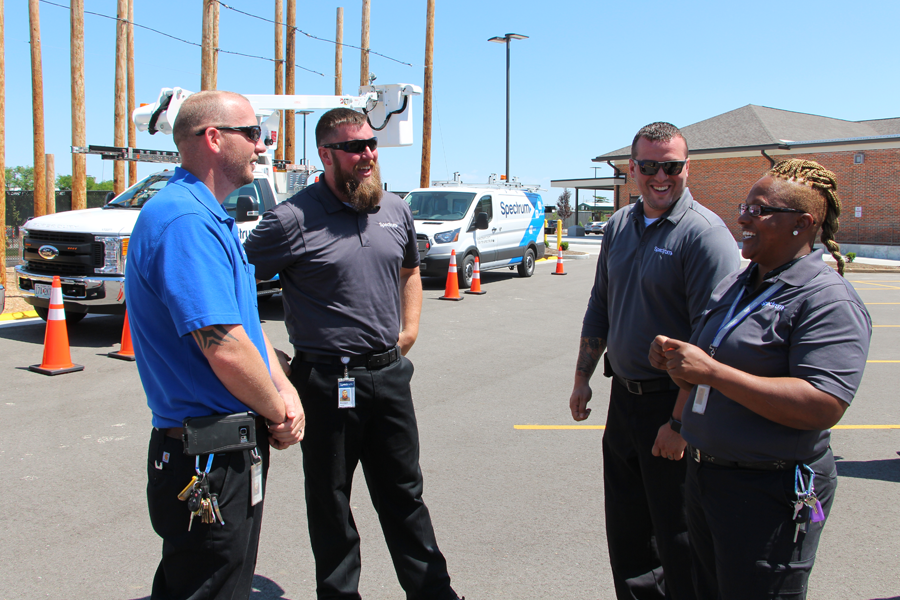 Lisa Tate, far right, is a Charter Field Tech Supervisor who spent eight years in the U.S. Navy and U.S. Navy Reserves. She believes the Broadband Technician Apprenticeship Program will be an "awesome opportunity" for her fellow veterans.

Lisa Tate, a Charter Field Tech Supervisor, who spent eight years in the U.S. Navy and U.S. Navy Reserves, was on site with Gov. Greitens for the announcement. She said she believes the program will help veterans like her trying to transition to civilian life.

“Charter has always has been good about recruiting military veterans and developing people to use their skills and knowledge, but their announcement to expand the Broadband Technician Apprenticeship Program will be an awesome opportunity for vets,” said Tate, who started as an installer and worked her way through the ranks to become a supervisor.

Tate worked as an interior communications specialist for phone and video repair in the Navy, before beginning her career as a cable technician at Charter in 2001. More than 15 years later, Tate is still with the company in a supervisory role.

“We have great benefits and we take care of our people. Similar to the military, it’s a well-oiled machine. Both places invest in you, and if you invest too, you’ll be here for a long time," said Tate. “Adapt and overcome. That’s what I learned in the military and that mindset is what I tell the techs I supervise. You have to adapt to the situation no matter what, and then use your tools and skills to overcome the challenge and complete the task at hand.” 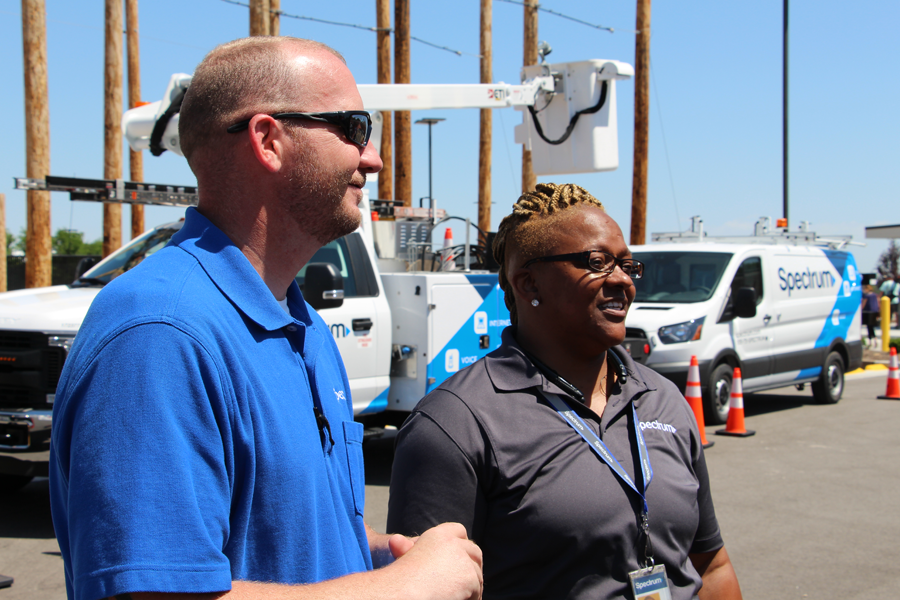 "Being out on the front lines as a broadband technician is not for the faint of heart, but I love it there,” said Lisa. "As long as I'm out in the field, I'm alright."

An important added benefit is that military veterans discharged within the last 10 years are eligible to apply for their GI Bill benefits while they earn a paycheck from Charter and build their careers with the company.

To learn more about the program, read our press release here. To apply for a job, visit our careers page for Veteran and Military Hiring.